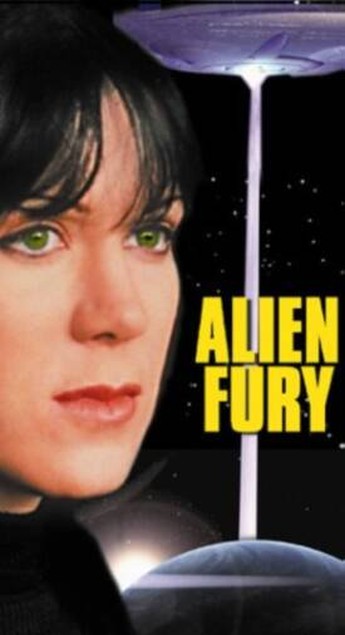 This is a TVM, which more or less instantly caps its grade at about a B, at best. It doesn’t reach that, but on a Saturday afternoon, there are worse ways to pass a couple of hours. Contrary to the cover picture, however, the wrestler formerly known as Chyna (now, like Paris Hilton, best known for her homemade porn tape) is only present in a supporting role as head of security, and the WWE references shoehorned in are dreadful. Nor, despite the title, is there much “fury” on view. Department of Defense photographs show an alien base on the moon, triggering a nuclear response…or is this merely a hoax, designed to reverse budget cuts?…or is that hoax a ruse, designed to let the aliens avoid annihilation? And what do they want anyway…er, if they exist, that is?

To its credit, while the twists eventually become tiresome (particularly the inevitable one in the coda), they are dealt with competently, and in a manner that makes logical sense. One example: even though the government discovers the hoax, they opt to nuke the moon anyway, thereby getting rid of the (non-existent) aliens, for which the world will thank them – quite impressive, given this film was made before Iraq’s (non-existent) WMD’s. Unfortunately, the budget is well short of the script, and all it offers to imply extra-terrestriality [today’s made-up word, folks!] is an asthma inhaler. While you could certainly argue the movie goes off track badly later on (and, with hindsight, makes little sense), for as long as it concentrates on ramping up the paranoia, this works nicely enough.