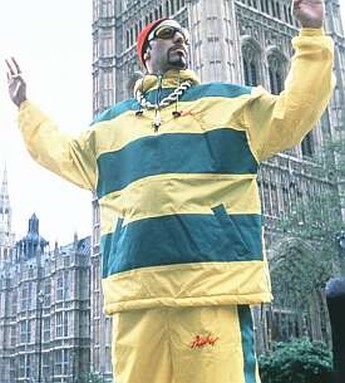 Was a little uncertain about this, for a couple of reasons: half the joy of Ali G is watching real people’s reactions, and what works in small chunks is sometimes awful when extended to feature length (see most Saturday Night Live movies). Luckily, Cohen largely steers between these icebergs, to make something that produces a decent amount of sniggers, a few belly-laughs, and a surprising amount of political satire, in a Being There kind of way. I just hope Charles Dance got paid very well for the humiliation his character suffers.

Dance plays the Deputy Prime Minister, who gets Ali to stand as their candidate in Staines, with the hope of causing a fiasco leading to the resignation of the PM (Gambon). This backfires, when Ali wins the seat, and causes a wave of popular support, assisted by policies such as taxing panties. Dance is not done yet, however, and it’s up to our hero to recover a videotape supposedly showing the PM bonin’ a prossie, which is actually Ali and his Julie.

The results are hit and miss, as you’d expect, mixing moments of inspiration (asking the Mongolian representative at a government conference if he’s a real Mong; though doing that to the real person would have been more ballsy), with stuff that borders on padding – I suspect a 30-minute version might be a great improvement. However, it’s clear there’s still mileage left in the Ali G character, and enough is extracted here to make it more than a cheap cash-in.