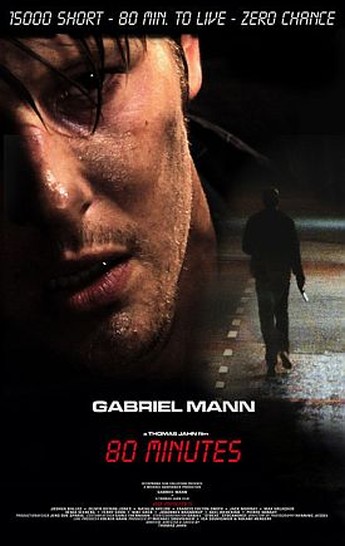 Alex (Mann) is not having his birthday go to plan. He is rudely interrupted by the arrival of the man to whom he owes fifteen grand, and is given a demand for immediate payment. To ensure this happens, he injects Alex with a slow(ish)-acting toxin, and tells him he has the titular time-frame to come back with the cash, at which point he’ll get the antidote. Off scurries the hero, immediately getting involved in an accident with the peeved owner of a new Jaguar, who is unimpressed when Alex hits and runs, for obvious reasons. First stop is his brother, whom Alex knows is good for the funds. However, that’s only the start of his problems: after he gets his stoner friends to pick him up from the hospital and take him back home, a chance encounter with a motorbike gang sets things off on another wrong tack. Can he get the money back to his apartment in time to pick up the antidote?

This film was derailed for me because Chris spotted the main twist here inside fifteen minutes, and from then on, we were waiting for the shoe to drop, and find out if she was spot-on. She was, and I can’t say it made an enormous amount of sense, given the characters concerned; without giving too much away, it’s a bit of a stretch. I therefore can’t say how this would play, if you didn’t spot the twist; it would probably be a little better, and it did still manage to keep us moderately interested, seeing how things unfolded towards the (now thoroughly expected) conclusion. However, it feels like no more than a low-rent version of films like Crank or Run Lola Run, which are better – in some cases, much better – than this German, yet trying hard to be American, knockoff. It’s a good concept, certainly; unfortunately, the direction in which writer-director Jahn takes this, is definitely not the one which I’d have taken.