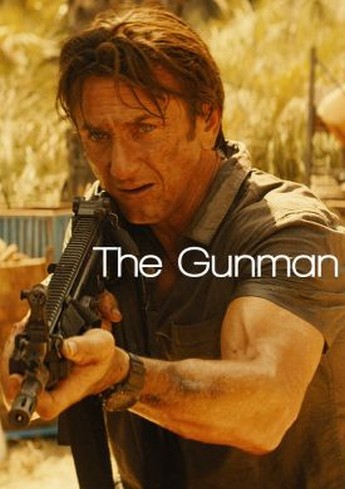 I threw this onto my Netflix queue, mostly on the mistaken assumption it starred Sean Bean. We had a good laugh about that – which is fortunate, because there aren’t many others to be had in this, which is a fairly grim thriller, embroiled deeply in the murky world of corporate warfare. Jim Terrier (Penn) is working in the Congo, supposedly as private security for international charities, where he is in a relationship with a doctor, Annie (Trinca). However, he accepts a job to assassinate a local politician, who is threatening the profitable mineral rights deals being enjoyed by some mining companies; after the hit is successful, he has to leave Afrida, entrusting Annie to the care of his colleague, Felix (Bardem).

Eight years later, he returns as a charity worker himself, but almost immediately there’s an attempt on his life. Turns out, the people behind the assassination are in danger of being exposed, and are intent on severing the threads connecting them to it. And those include not just Jim – Felix and Annie, whom Jim is surprised to find are now happily married, are equally in the cross-hairs. I sense Penn saw Morel’s work on Taken, which turned Liam Neeson into a mid-50’s action star, and thought “I could use some of that.” Or perhaps this was some kind of court-mandated anger management therapy, in which Penn gets to run around, looking intense, while destroying property and people.

Morel handles the violence with a robust enthusiasm that’s effective enough. It’s the other aspects which let this down; it can’t decide if it wants to be a political thriller, a straight-forward shoot-em-up, or a character study of a man tormented by his own past. It kinda makes half-hearted stabs at each, when it would be much better off going full bore in one of those directions. The end result is something where you have little or no reason to care about any of the characters; even Bardem, who has managed to do much more with much less, is entirely forgettable. Maybe thus would have been a more satisfactory package if it had starred Sean Bean, after all.