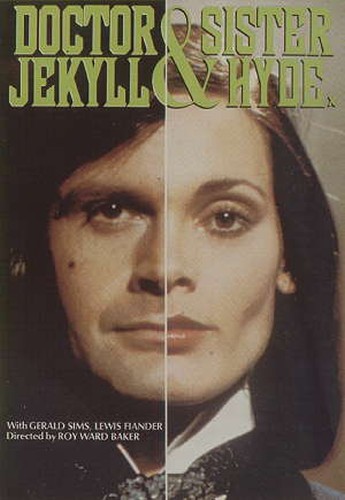 Going by the number of plots thrown in, this Hammer production seems rather unsure of its own merits. R.L.Stevenson’s classic story isn’t enough for the writer, even with a trans-sexual twist that has the Doctor’s potion turn him into a woman; they also link events to Jack the Ripper; Burke and Hare get transplanted from Edinburgh to London; and there’s even a roof-top finale reminiscent of, er, Oliver. Some of the changes do make for interesting twists: it’s Jekyll (Bates) who starts the killing, not Hyde, and far from being a softening, feminine presence, his alter ego is much more ruthless and cruel.

Beswick captures the sexual intensity well, and there’s a nicely creepy and bizarre love triangle in which the brother and sister from upstairs each fancy one half of the split personality who lives below. It’s way too predictable though, from obvious shots of bubbling laboratory equipment at the start, to the inevitable mob of torch-waving villagers (or Victorian London equivalent thereof) at the end. As a look at medical ethics, it rarely gets much deeper than “there are some things with which mankind should not meddle”, and even that theme has been covered better elsewhere in the Hammer back-catalog.